A question I get over and over, in different formats such as:

Whose to blame? definitely bad employees!

Not exactly! and I bluntly say that to executive and HR manager when they asked such question – I don’t think you blame me for that!.

We’re all humans – including myself of course! – and we’re reluctant to change or be part of a change, it’s natural; it’s exactly why we need the right leadership to change, it’s exactly what managers and executives should be doing. However, in reality, managers, most of the time, are oblivious to their staff. Later they blame them for failure. easy, right?

Human factor is the most important factor in success or failure of any initiative. If they were not managed right, nothing will work. Believe me, choosing the most right technology, the outsource company, the specs of the servers, are all way easier than convincing staff to use it!. As said, you can bring the horse to water, but you cannot force it to drink.

Managers, immaturely, believes that “We’re getting a new system”, “we’re implementing ITIL” , “We’ll train you!” or “We’ll get a new system” should be more than enough to motivate staff.

The real problem is that we usually focus on “Delivering the Capabilities” and forget about “Realizing Benefits”.

My perspective, – based on experience and readings –  is that we focus on what to change, how to change rather than on why to change? what are the benefits of the change? what benefits are for the organization, as well as, for people.

No body should be really very concerned with the new ERP system, as much as, being concerned with streamlining business operations, reducing clutter in supply chain and enhance response time to market.

Another important factor in making change is to have a Business Change Manager (BCM) in each affected business unit. The BCM should merge gains into Business As Usual (BAU). She should be very concerned with the realization of expected benefits and not the tools or documentation. The BCM should create and manage short-term wins and make them.

In large organization, the BCM might compose a change management team to help him manage the change. This goes perfectly with J. P. Kotter’s Eight Steps to transforming your Organization: “Create a guiding coalition”. The team should be composed from people who believed in the vision and who are accepting the change. The team also helps the BCM to face any resistance from staff whose goals are contradicting with the change as well. In other words they ride the wave of change and make rebels looks behind.

Remember BCM is a role and not a position. It also need to be supported with proper project/program management so that change is delivered at the first place.

In summary, you need to have a clear vision, to define benefits, to communicate vision and benefits,  then compile a plan with a stress on benefit realization by integrating change in BAU with the help of a BCM.

Enjoy the change and let me know if it still doesn’t work with you!. 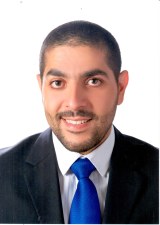