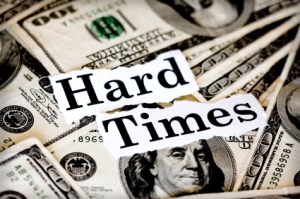 It is clear; the largest economy in the world is in the ICU. The American government has been trying everything possible to revive the economy. Nevertheless, more banks have bankrupted and more jobs are lost every day.

Dubai as well, has been severely and negatively affected. Real estate prices have dropped at least by 40%, many companies laid off a considerable percentage of employees. As for other GCC countries, they are getting less cash due to the sharp drop in oil prices.

In US, Europe and Dubai, the situation is clear, the economy is going down and there are no signs – so far – for effectiveness of rescue plans.

However, in Jordan the situation is different; so far there are no clear signs of being Jordan affected by the crisis. Knowing that Jordan usually does not get affected by the first hit, but instead, by the consequences, it is logical to ask, how Jordan will be affected?

Personally, I believe there is no straight answer to this. The issue is multi-faceted. There are the ugly face  and the good face, summarized as follows:

Still the situation is considered vague. Eventually, one face will dominate the scene, however, I believe this won’t materialize before the last quarter of the year 2009. Let’s wait and keep our figures crossed!

4 thoughts on “PERSPECTIVE: Jordan and the World Economic Crisis”